5 Legendary Games That Should Never Be Played Again

Hi there folks, Drew from PaXaN here and we are back with another feature article to sate those gaming appetites. There are some video games that rightly deserve to be remembered with a degree of respect. Games that helped further the medium by introducing new control mechanics, by popularizing the use of 3D polygons or even just by giving us iconic characters to idolize and cosplay as. However the downside to some of the greatest games of all time is that by today’s lofty gaming standards some of these titles just don’t gel with modern expectations. They may be rightly famous but now they feel about as fun to play as the real life, non-game, of doing your housework. A boring, adult only game that sees you doing chores and then getting sad and bored because you are doing chores. Keeping this in mind here are 5 legendary games that should never be played again.

Goldeneye
Goldeneye for the Nintendo64 let you play through one of the adventures of sexy super spy James Bond. The game was hailed as an instant classic and set the template for even modern FPS (First Person Shooter) games. This template being one comprised of exciting gun play, varied environments, frantic multiplayer and a healthy dollop of Sean Bean. Goldeneye is so iconic and remembered so well that some may be tempted to dust off their old N64s, revisit its blocky charms and have a few rounds in multiplayer, just remember the golden rule of Goldeneye, no one is allowed to be Oddjob. The sad fact is though that this sacred cow of gaming is basically unplayable by today’s standards, and this isn’t due to the chunky graphics or the inconsistent frame rate. It’s actually more to do with the fact that the N64 controller is a strange artifact of eldritch evil that Nintendo clearly found in some ‘Raiders of the Lost Ark’ style sarcophagus. At the time of the game’s release the puzzling geometry and confusing placement of the only control stick was just something that we had to get used to, this included the fact that the control stick spun our smooth talking hero on the spot while strafing was assigned to the distance left and right C-buttons. Many would profess that this control layout was superior but to anyone who is now used to dual stick controls, a standard of gaming for almost 20 years, returning to Goldeneye will leave many of us spinning wildly on the spot and making full use of a spray-and-pray tactic. All the while dishing out excuses about how we used to be really good and definitely never just gave up and played as Oddjob.

Tomb Raider
There are few characters in gaming that are as famous or athletic, or as famously athletic as Lara Croft. This badass heroine as starred in no fewer than 12 main games and a few spin offs on the side. Despite the fact that the latest iteration of Tomb Raider is nothing short of an incredible story driven, character cementing, morally ambiguous romp through beautiful locations, the first game in the series just has not aged well. The first Tomb Raider game completely pioneered 3D adventure games, a genre that is only growing more and more popular each year. The drawback to being a pioneer in gaming though is that previously there hasn’t been anything quite like it which means the developers for this game were essentially guessing how this kind of game should be. Back in the day developer Core Design made some pretty good guesses about how Lara should move and interact with her environment, fast forward to present day gaming and her movement scheme is enough to make you full on rage quit the game. The game features no independent camera control so looking around will require manual movement of Lara’s head, the left and right triggers buttons which are universally used to aim and fire weapons and make Lara side step. The left and right buttons on the D-pad make Lara awkwardly turn on the spot, finally jumping near a ledge was not enough reason for our shoot and tomb loot gal to grab hold of it. Add to this a generous helping of underwater sections where the clunky land controls are paired up with an infuriating camera system, and this justifiably legendary game quickly annoying as all hell. Story wise this game is still one of the best the 90s has to offer us but with the gaming standard being as high as it is today, it’s no wonder that Lara has packed in her school bus controls and opted for a far more fluid control scheme which allows us all to become jumpy, hide in a tree and surprise I killed you murder maidens.

Tony Hawk’s Pro Skater
There are not many people who can deny that the first Tony Hawk’s Pro Skater, first released for the Playstation in 1999, was less of a sports game and more of a social movement. The game’s anarchic undertones helped popularize a relatively underground sport, backed by a soundtrack consisting of the best rebellious hip hop and punk soundtrack which guaranteed to rile up youthful teens. A sub-culture was pumped directly into gamer’s heads, convincing many of us to take up the cool sport in our streets, nearby parks and basically anywhere that had a handrail. Despite all of this if we take a look back at this milestone in sorts games it does have one thing missing, the ability to link your moves and tricks together. The simple to perform but difficult master move, manuals, was added into Tony Hawk’s Pro Skater 2. This allowed you to link each of your trick sets together and rack up ridiculously high cores. This seemingly simple gameplay tweak completely revolutionized the skateboarding genre, a move set that is still the bread and butter of games of this type today. Tony Hawk’s Pro skater now feels like an unfinished game and developer Neversoft even stated that the only reason manuals were not in the first game was down to time constraints and deadline issues.

Pokemon Red & Blue
Finding a millennial who hasn’t at least seen someone play a Pokemon game is nigh on impossible. This $60 billion franchise is so popular worldwide and such a big couch warmer that Nintendo had to create a version of the game that is primarily played outdoors. However if we go back to the very first Pokemon games then there is something totally off, mainly all the Pokemon look super weird. To say that this pixelated masterpiece started a trend would be an enormous understatement. Even to this day the franchise holds the number two spot for the bestselling game series of all time. The gameplay mechanics were such a hit the world over that no Pokemon game since has strayed too far from the top down, tun based, catch and collect recipe used in the series’ very first outing. The reason for modern eyes thinking the Pokemon look like cheap knock-offs is because the game actually came out before the anime. The anime cemented the canonical look for each and every Pokemon making the Western release of the game in 1998, with Snorlax looking like an instant swipe left on Tinder, feel like there was something off. The game was semi-remade with Pokemon Yellow using what is now considered to be the correct looks and a journey closer to that of the anime’s first season storyline. Red & Blue may be stone cold classics and may have paved the way for today’s Let’s Go Pikachu and Let’s Go Eevee, in far more ways than one, but the almost jarring look of each of the Pokemon is more than enough reason to stay far away.

Metroid
Modern video games treat players in far more ways than they realize. Your health often regenerates Weapon X style, most AAA games have autosave allowing mistakes to never be a mistake and stealing things is almost always on the Δ, Y or X button. The most ubiquitous of all however would be an in-game map, something NES’ 1986 Metroid was severely lacking in. In some cases this might not pose much of a problem but in Metroid itself you control Samus Aran, blasting her way through the planet Zebus one near identical room after another, guaranteeing you getting lost faster than losing your sense of self control on payday. This isn’t even to mention the fact that you start the game with only 30HP (Hit Points) which will make much of the first hour enough for most gamers to quit out of pure frustration. Despite all this, Metroid is indeed a game that should be revered, the big reveal of badass Samus being a badass lady gave us gaming first high profile female protagonist and the fact that new areas opened up in previously explored locations gave us our first taste of endgame content. The game was given a makeover for the Game Boy Advance in 2004, adding in many modern staples such as a clear storyline and a character who actually has some health but its first outing, however significant for gaming, is something that will forever remain a truly controller snapping experience.

And that’s our list for this time folks. Despite all of these games rightly deserving their spot among the stars for their contributions toward gaming society, many of them of them are down right impossible to play for the uninitiated. Can you think of any others you’d like us to write about? Send us a message and let us know. Happy gaming! 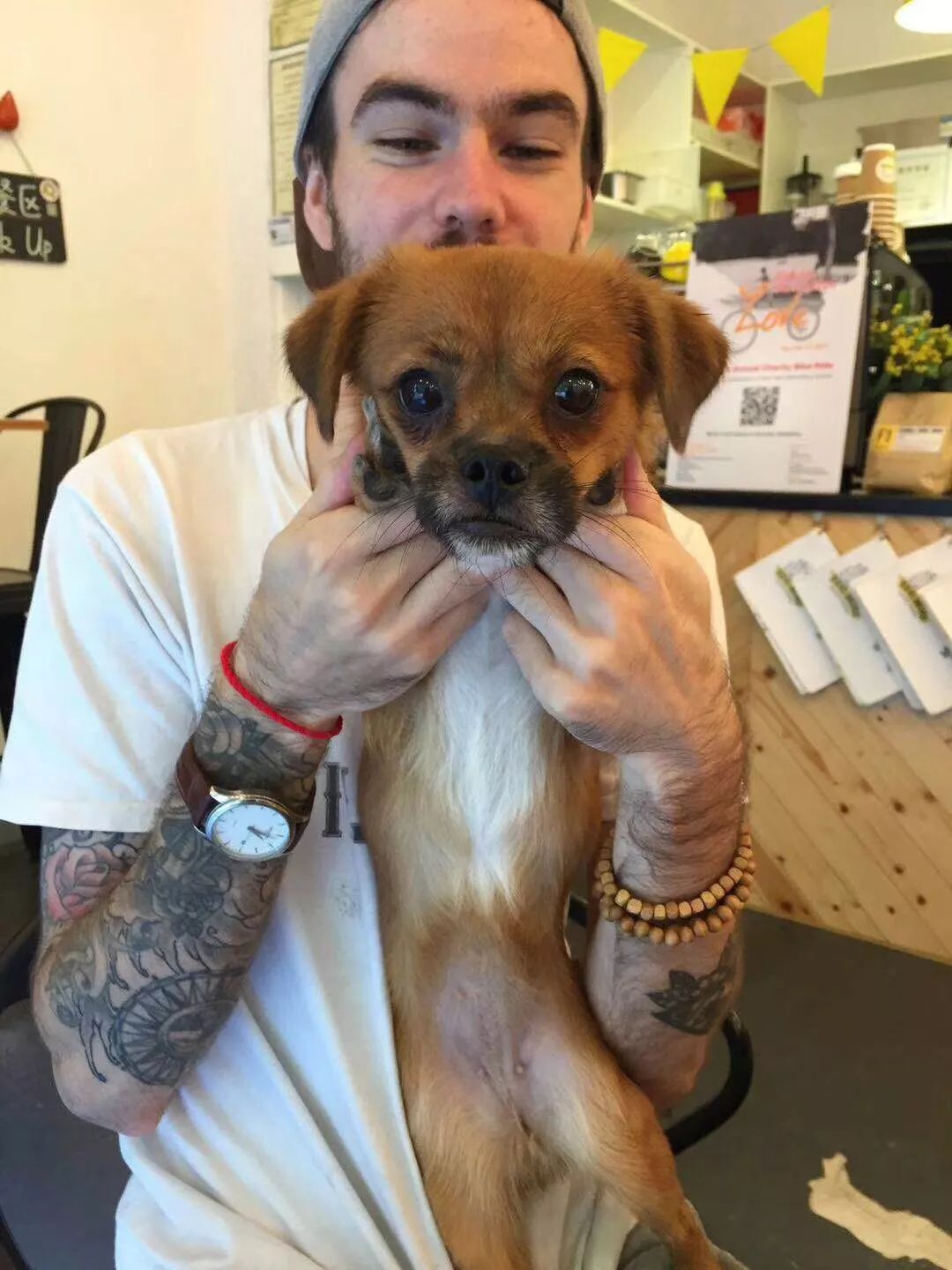 Hi folks, Drew here from PaXaN. I am an up and coming video game journalist looking to inject your daily cravings for virtual screen time with various features on video games and the industry itself. Keep an eye on this space for more news and features on your favourite games both new and old. Have an idea for a feature piece or something you’d like for me to cover? Send me a message on WeChat or email me and I’ll get back to you as soon as I can. WeChat ID: DrewAW, Email: awl1989@yahoo.co.uk

Click here for more articles by Drew from PaXaN.

Be the first to review this item!

FREE Law Consulting Services Is Launching at NSIC! Appointment is required, and the servic...

Every 1st and 3rd Friday of the month

Do you want to learn basic Chinese? Join our Beginner-level Chinese Class! Here you can le...

Think you know it all! Prove it at G&D’s Pub Quiz! Beat your opponents and the clock! Ever...

in Food & Drinks, Business in China

POSTPONED! Keep posted for the new date! …. This vibrant community event is a gathering of leading names in Shenzhen and Guangdong wellness, nutrition, beauty and fitness, with 30+ businesses and organizations represented May 29th at Vista-SK.

The largest White Collar Boxing Event ever in China was held last Saturday, December 12th, at Gateway One Commercial Plaza in SeaWorld Shekou, Shenzhen. The Fight, which was the first ever open air public event of its kind, was organized by Miki...